Your Response And Training Will Make A Difference

Don’t be A Target, Don’t Be. A Victim, Train Hard & Stay Safe 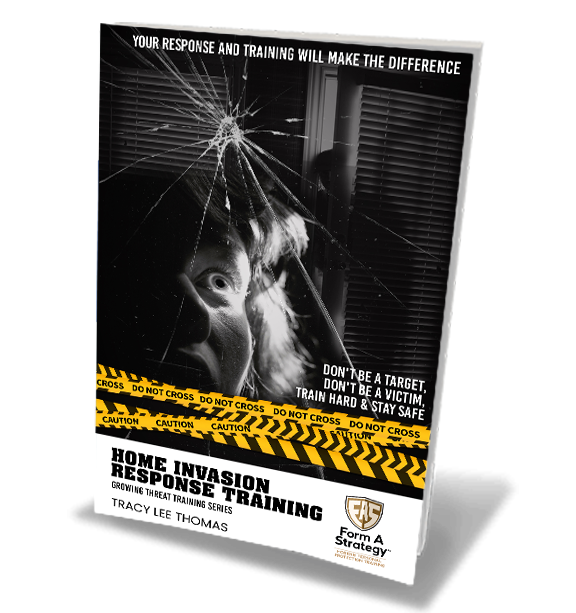 Get Your FREE BOOK Today!

INSIDE YOUR FREE BOOK You will learn how to deal with dangerous situations. You will never be a victim or target again!

Home invasion is a type of burglary in which the criminal enters the home while the occupants are inside. This is regarded as particularly dangerous by law enforcement and authorities because of the inherent potential for violent confrontation between the criminal and occupants. Because of the very nature of the crime, it is often believed that burglary itself is secondary to some other main objective which may be intimidation, rape, or murder. But it is also because of the nature of the crime that it should be taken seriously, and one should prepare, however remote they believe the possibility to be, for the possibility that it can happen.

Get Your FREE BOOK Today!

Don’t be A Target, Don’t Be. A Victim, Train Hard & Stay Safe

This is QUICK & EASY Book To READ!